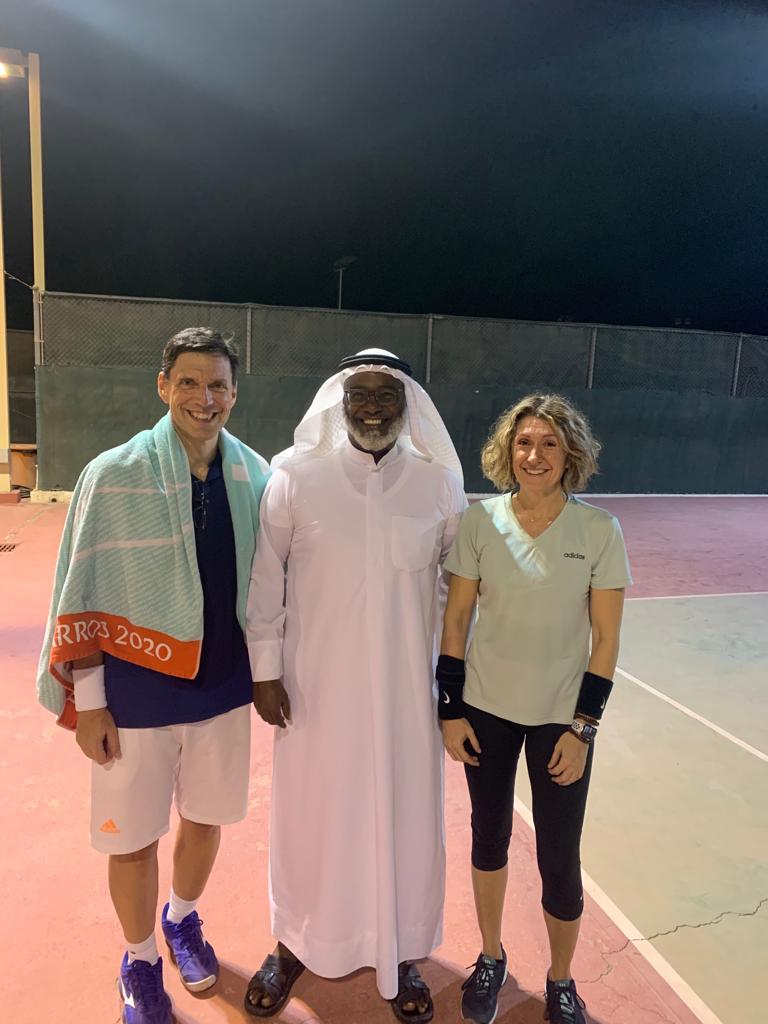 This week I’m back with the story of a person that I hope will inspire you as much as he inspires me.

A little more about myself

But, first things first. In the spirit of the transparency that I promised you and myself in my blog  “How cancer gave me a new lease on life”, I would like to share some more information about my life. I believe that this will also help you understand the context of this week’s story as well as the circumstances.

If you have read my blog “My October visit in Gabon – My spiritual birthplace (written in 2018)”, you may have assumed already that I have been leading the life of an expat for over ten years now. It is an exciting life for me as it has been my lifelong dream to travel the world and get to know and understand cultures that are different to mine. It goes without saying that here’s no better way to understand people from other cultures than be immersed in the culture itself.

The move to the Middle East

In 2018, my husband and I moved to Saudi Arabia, a Kingdom in the Middle East, for work purposes. It was another new beginning for us. As part of being active, we took up tennis. We started playing in a tennis court at a walking distance from where we lived but the demand for it was so high that we only got to play one hour a week. So, we decided to join a private tennis club frequented by locals.

Needless to say, the language as well as the customs of Saudi Arabia were foreign to us. We also dressed differently so anyone could tell from afar that we were not locals. This is the reason why, we tried to be as discreet as possible. Furthermore, although we are, by nature, very respectful of other people and cultures, we felt the need to be extra respectful and careful with our interactions with the locals. All this in an effort to avoid misunderstandings that can occur when people don’t know where the other one is coming from.

We were the only two foreigners at the tennis club at the time and we mostly kept to ourselves. Until the day that we were approached by a very friendly and courteous young man, the captain of the tennis team there, Mr Mohammed Almohna, who welcomed us to the club and introduced us to a few other members who spoke English.

It was a relief for us to feel welcome and we thoroughly enjoyed exchanging pleasantries with the other members.

One afternoon, as my husband and I were playing tennis we saw an old-looking, seemingly frail man enter the court. His walk was unsteady and cautious but what really got my attention was his big, genuine, heartfelt smile. His eyes were smiling too as he walked towards us. It was the first time we had seen him at the club, so we were pleasantly surprised when he came close and talked to us. He asked us whether we wanted to join an amateur tennis tournament that was being organized at the tennis club. This man’s gesture warmed our hearts and made us feel even more at ease.

We signed up for the tournament and got to see more of him as he umpired many matches. He always had the same disposition; kind, polite, encouraging and funny at times with everyone. We also became aware of the fact that he was a man of faith with pure love in his heart.

After the tournament he kept coming to the tennis club. He always hauled a basket full of tennis balls and we saw him train young players. He would just stand next to the basket and feed the balls to the players without moving much but his coaching was amazing. We could see how the young players improved with every session. What we also noticed was that, little by little, he started to take a couple of steps to the left and to the right to return the ball to his trainees. His striking and pleasant smile was always present and he was courteous and warm with us every time we saw him.

A leap of faith

One day, I did the unthinkable. I felt an irresistible impulse to go and ask him to be our tennis coach. Mind you, the society here is very traditional and respect is indispensable. There are specific rules to be followed. Well, I don’t think it was my place to go and talk to him first but an invisible force pushed me to do it.

“Sir, we see that you train tennis players at the club. Would you take on foreigners as well?”

“I will train anyone who wants to improve their tennis skills.”

“When can we start?”

To cut a long story short, Mr Abdulrahman Al Suroor, became our beloved coach. He helped us improve our tennis skills tremendously. What was also remarkable is the his mobility improved day by day. He even started to play tennis matches and run around like a young lad! I realized he wasn’t old at all! He was only a few years older than us.

We also learned his story. Five years prior to our meeting him, he had suffered a stroke that impaired his mobility and his speech. This very active and athletic man, had been unable to walk properly, let alone play tennis for years. But he never lost his faith. Nor did he lose his smile. He told me:

“When the doctors said that I would never fully recover, I didn’t believe them. So, here I am!”

He has also become the “father” of tennis in the city we live in. Once the government decided to promote tennis and set up training programs for boys and girls, he started a campaign and he took on more trainees. He calls his female trainees “my daughters” and he is as dedicated to teaching them as he is with the boys.

If that’s not inspiring, I don’t know what is.

So much more to learn from the coach

I often say to him:

“Coach, I need to learn something from you that has nothing to do with tennis. How can you smile and keep this pleasant disposition no matter the circumstances?”

He always replies with a smile…