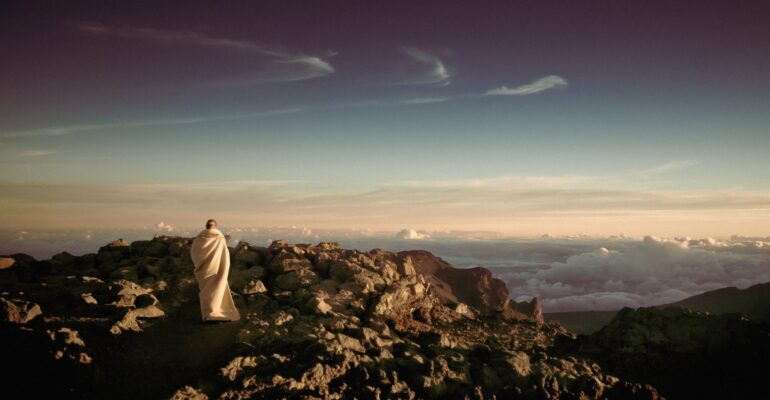 This week I’m back with yet another story. It took me a while to share it with you because when I first read it years ago, I was confused, frustrated and a bit angry, Confused by the monk’s reaction, frustrated with the people’s inclination to believe anything that can mar someone’s reputation without further investigation (click here for Socrates’ test against rumours) and angry at injustice altogether. (click here to read how we can harness anger to our benefit) Nevertheless, it stayed with me. It was years later that I understood its true meaning.

That’s actually why I like stories. Each of us can draw a different conclusion aligned with who we are at that particular moment on our journey. Even better, that conclusion can change along the way.

I would really like to know how you feel about the story and and what you make of it so please leave a comment.

Once upon the time there was a zen monk who lived in a cave near a small village. He was very wise, always even-tempered and humble. The villagers respected him for his wisdom and for the way he led his life, abstaining from any form of human pleasure and free of desire. They often visited him to ask for advice or have him resolve disputes among them.

When a beautiful unmarried girl in the village got pregnant, her angry parents demanded to know who the father was. For fear they kill the real father, the handsome young son of their neighbour, she was reluctant to confess. When the pressure from her parents became unbearable, she could see no way out but pin it on the monk as she was sure they would never kill him. “I went for advice” she said, “but he attacked me and had his way with me”. The parents were outraged! They informed the whole village and they all went to his cave to confront him. Calling him names and insulting him, they told him they knew what he had done. They knew he had dishonoured  an innocent young girl and he would suffer the consequences.  Hearing them out, the monk with his usual calmness simply replied “Is that so?”

When the child was born, the parents brought it to the monk, who had by then become an object of derision and was viewed as an impure pariah by the whole village. They gave him the baby and told him to take care of it since he was the father. “Is that so?” the monk said calmly as he took the baby in his arms.

The monk showered the baby with love and affection. He took very good care of it and was with it all the time. There came a day, though, that the young girl could no longer live with the lie she had told. She missed her baby terribly and she felt very guilty for what she had done. So she confessed the whole truth to her parents. She revealed who the real father was and why she had lied in order to protect him. The parents were shocked. The immediately went to the monk to apologise and to ask to get the baby back. “Is that so?” said the monk as he handed them the baby calm as ever…

Photo by Robin Benad on Unsplash