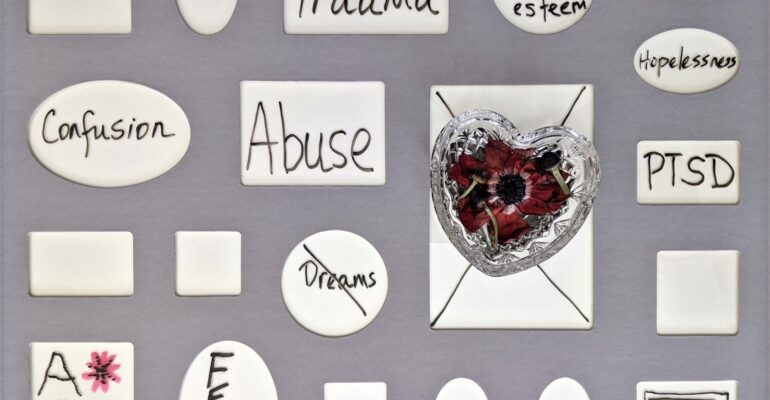 This is a vast topic and I am planning to visit and revisit it multiple times to bring awareness. This awareness is the first step to healing from past trauma and eliminating triggers.

As a certified trauma informed coach, I often work with clients suffering from anxiety or panic attacks. The majority among them cannot pinpoint the exact moment their anxiety started. When asked what triggers the attacks, some of them say “Nothing. The anxiety comes out of the blue.” . Others recognize that an anxiety attack can come about after a thought or before they undertake a task. What is remarkable is that it can happen to them even if the task is fairly simple.

However, in the course of our sessions, they contradict themselves. They describe incidents from their childhood that are clearly traumatic and constitute physical, sexual, verbal or moral abuse. They speak of horrific acts of physical violence, abandonment or neglect as if they were normal, not worthy of mentioning or discussing. When I show them my sympathy (more like empathy I would say) and point out the abuse, they dismiss it by saying things like “It wasn’t that bad.”, “I deserved it.”, “It didn’t affect me at all.” or “It’s normal.”

Unfortunately, someone who grew up with abusive behaviors cannot label them as such. It is in our DNA to take the care we receive from our parents or the people who raise us for granted . Whatever behavior our caregivers display in our childhood, we will consider it as normal or as part of caregiving. For this reason, people who have been abused by their caregivers in childhood may not recognize abuse in adulthood. These individuals stay in relationships (personal, professional, etc.) that an objective observer would describe as clearly abusive. As a consequence, they are aware neither of their past trauma nor its triggers.

A traumatised person in denial

A client of mine, who came to me for hypnotherapy to overcome her hypochondria, turned out to suffer from severe anxiety and panic attacks, which she didn’t see as such. “It’s just my hypochondria” she used to say. When I asked her about her childhood, she said that she had a normal childhood without any painful incidents. As our sessions progressed, she casually mentioned that, when she was 7 years old, her mother abandoned the family and she was raised by her father. He was in the military and used to discipline her and her brother by relentlessly hitting them with his belt and locking them in their rooms for hours at a time. When I asked her how she felt about her parents as an adult and a mother of two children herself, she said that she had excellent relationships with both of them and whatever happened in her childhood was not worth discussing.

It took several i-Ki Coaching sessions for her to acknowledge what truly needed healing before her “hypochondria” could disappear.

Triggers; the effects of trauma or abuse

Anything that subconsciously reminds you of what happened right before or during a trauma, whether you are aware of it or not, is a potential trigger. They’re usually tied to your senses. You may see, feel, smell, touch, or taste something that brings on your symptoms.

While triggers themselves are usually harmless, they cause your body to react as if you’re in danger.

Triggers are usually linked to your subconscious mind and to your senses. You may think of, see, feel, smell, touch, or taste something which can cause your body to react as if you’re in danger even though it might appear harmless to an objective observer.

A personal experience with a trigger

My spouse is a very loving and kind individual. He is even-tempered without a violent bone in his body. Nevertheless, in the early stages of our relationship, I realized that, at times, I felt tense around him and had a feeling of impending doom. There was no obvious explanation as to why I would feel that way. Nevertheless, it actually was past trauma and one of it’s triggers.

Self-awareness; the first step towards healing

It took me a while, but, after a lot of observation and introspection, I realized that I felt uneasy whenever my spouse breathed “loudly” through the nose. A sound that would seem inoffensive to most put my body and mind in a hyper vigilant state. It turns out it was the same sound my father used to make to show his discontentment. I heard that sound before my father lashed out and used physical or verbal violence. It was a terrifying sound for me and, as a result, a trigger.

It took quite a lot of work on my part to develop the capacity for my nervous system not to react whenever my husband made that sound but I did it!

If you are ready for healing and change

Photo by Susan Wilkinson on Unsplash