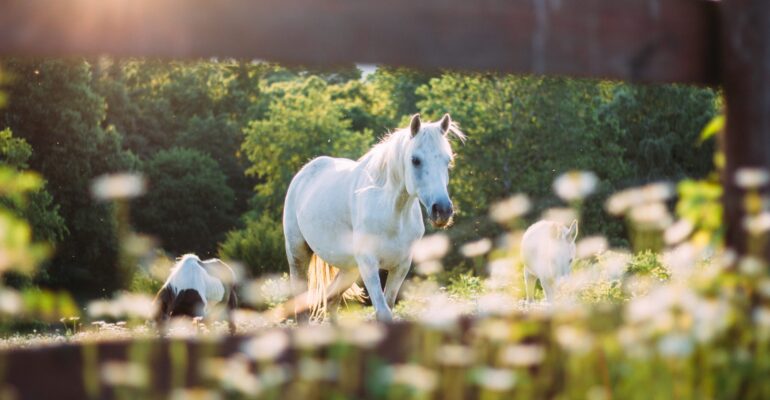 Sometimes when I receive “bad news”, after a failure or when things do not go the way I planned (by saying “I planned” I mean my logic with its limited perception of the world) I let my “brain” take over and I go into a “What a disaster!” mode. I worry and lose sleep thinking about what I could have done to avert “the disaster” or to “achieve my goal”. As a consequence, I lose touch with my inner voice, my inner wisdom, this innate knowledge that my life is the way it is supposed to and things happen the way they are supposed to, which is my philosophy of life. What helps me get out of this vicious cycle of doomsday scenarios which further cloud my judgement and make me take decisions which are not aligned with my true nature, I think of the following story which helps me get back on the right track and restore my connection to my inner voice and my faith to the universe:

Once upon a time, there was a poor Chinese farmer who owned a small piece of land and a very beautiful and strong white horse. His neighbors were jealous of him as rich people from all over the country who passed by his village and saw his horse offered to buy it for large amounts of money. He always refused to sell his horse because he was really attached to it and could not bear do part with it.

One day, the emperor with his huge army happened to camp near the village. When the emperor saw the horse, he instantly fell in love with it and immediately sent his people to offer the farmer whatever he wanted for that horse.

All his neighbors started saying: “How lucky you are! The emperor wants to buy your horse!” but the farmer replied: “Who knows…”.

When the farmer refused to sell his beloved horse, all his neighbors said: “What have you done? Now the emperor will take the horse by force and punish you! This will bring bad luck to you and your family!” but the farmer replied: “Who knows…”

The very next day, the horse went missing so the neighbors assumed that the emperor’s people had stolen it. “What bad luck” they said to the farmer, “you did not want to sell the horse to the emperor and now he took it and you are left with nothing!” Once again, the famer stoically replied, “Maybe yes, maybe no. Who knows?”

The following day, the horse came running back and brought seven strong, wild horses along with it. The neighbors gathered around the farmer and expressed their delight, “This is just wonderful! How fortunate! You were right not to sell the horse! Now you have 8 beautiful, strong horses instead of just one!” The farmer, relaxed and calm, shrugged his shoulders and replied, “Fortunate or unfortunate. Who knows?”

The farmer’s son, who helped his elderly father with the work on the farm, started taming the wild horses right away but a mare threw him over and, as a result, he fell hard onto the ground and broke his right leg. Due to this accident, the son would remain bedridden for months and would be unable to help his father with the farm.The neighbors were quick to say to the farmer, “Oh, this is awful! Such bad luck!” The farmer, who was helping his son with his injury, replied softly, “Good luck or bad luck. Who can say?”

A few weeks later, war broke out and the army came to the village and forced all able-bodied men to join the military and fight the invaders. The farmer”s son, due to his broken leg, was left at home with his father.

The neighbors, devastated that their sons were sent off to the front and not knowing whether they would see them again, said to the farmer, “How lucky! Your son is safe.”Again, the farmer replied, “Good luck or bad luck. How do we know?”

How do can we know indeed?