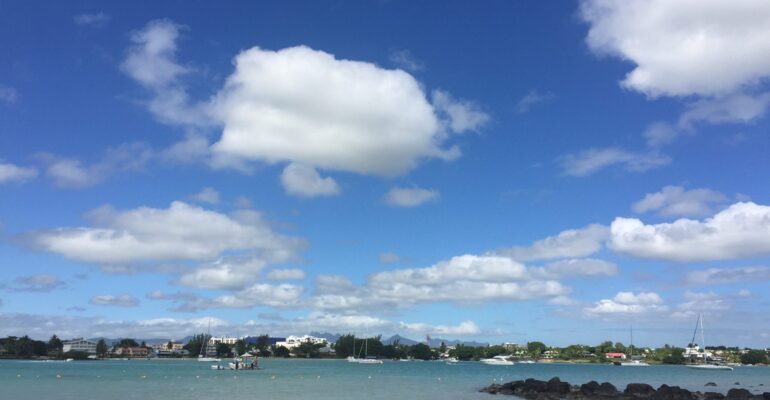 It has been quite some time now that the law of cause and effect has been on my mind. As usual, what prompted me to think and to want to write about it is that I sometimes work with people who completely ignore this law when they first come to see me.

Consequently, they do not assume any responsibility whatsoever for anything that goes on in their lives…

They claim to be the unfortunate victims of circumstances and blame others, life or their luck for everything. These people encounter the same or similar problems over and over again; they find themselves in similar unpleasant situations, they get caught up in behavioral or relational patterns etc. but they fail to see their role in whatever situation they are in and how they can get out of it.

Client: “My husband jumped at me again last week, for no apparent reason! He called me unreasonable all because I did not want to go out to dinner with his aunt. He has been giving me the cold shoulder since.”

Me: “What happened? How did the whole thing go down?”

Client: “Well, when he came home from work that evening he said that his aunt had invited us to dinner. When I told him that I did not want to go, he started shouting at me saying that I am trying to alienate him from his family.”

Me: “Why would he think that? What exactly did you tell him?”

Client: “I said that I didn’t want to go out with his aunt because she and her sister, my mother-in-law, are the least discreet people on the planet and they really like to stir the pot.”

Me: “Why did you mention your mother-in-law? Was she going to be there too?”

Client: “No, but his aunt is just like his mother. I cannot stand her.”

Likewise, people who do not understand the universal law of cause and effect tend to turn a blind eye to the wrongdoings of a person they like. Therefore, they look for a scapegoat to pin everything on. It could be the wicked mother-in-law, the sister, the neighbor and so forth. Here’s another example:

Client: “My sister-in-law is a manipulative witch! Ever since my brother got married, he has been trying to get my father to disown me. He says that I married rich and that I do not need my share of the estate.”

Me: “What was your relationship with your brother like before he met his wife?”

Client: “Well, when we were little we were very close but growing up we drifted apart. We haven’t been on speaking terms for years.”

Client: “Ever since he was born, it was obvious that he was my mother’s favorite. She spoilt him rotten and growing up he thought he could get away with anything. I spoilt him too, to tell you the truth. We grew up without our father (our parents got divorced when my brother was one) and I loved my little brother so much that I gave way to all his whims to the point that he grew up feeling entitled. When he was in college, I called him out on doing stupid things and neglecting his studies only for his own good. I was only trying to protect him. It was then that he stopped talking to me…”

This person could not bring himself to see anything wrong in his little brother’s, his mother’s or his own behavior so he blamed his sister-in-law for everything. He could not see that, as an adult, his brother was responsible for his own actions. He also failed to see how the upbringing they received (his little brother being their mother’s favorite) was bound to lead to problems. Instead of thinking of the law of cause and effect that would allow him to see reality and handle the situation accordingly, he found a scapegoat in the face of his sister-in-law…

We should know better than that. The law of cause and effect is not new to us. We learned it when we did physics, at school.

Causality is the relationship between causes and effects. It is considered to be fundamental to all natural science, especially physics. Causality is also a topic studied from the perspectives of philosophy and statistics. Causality means that an effect cannot occur from a cause that is not in the back (past) light cone of that event. Similarly, a cause cannot have an effect outside its front (future) light cone.

The universal law of cause and effect states that for every effect there is a definite cause. Likewise, for every cause, there is a definite effect. Our thoughts, behaviors, and actions create specific effects that manifest and create our life as we know it. If we are not happy with the effects that we have created, then we must change the causes that created them in the first place…

This knowledge gives us clarity and allows us to fix things. You cannot fix a problem unless you know its cause and change things that already happened, nor can we “control” other people’s behaviors.

Nonetheless, we can control our reactions to them and we can break unhealthy patterns thus creating different, desirable or, at least, neutral effects.

For more on the law of cause and effect, you can contact me here!