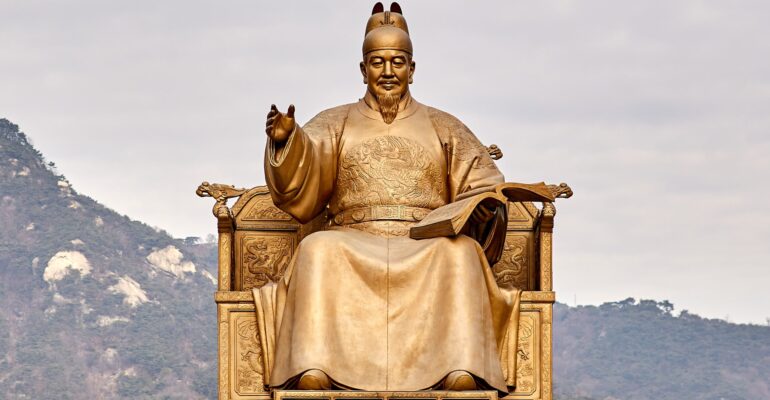 This week I am back with another story that illustrates how futile it is to get caught up in experiences and emotions thinking that they will never go away. What a waste of energy it is to believe that situations which fill us with despair and have us think “I will never be able to get over it” will last forever. They might seem that they will at the time but they actually never do.

Life is just a series of interchanging fleeting moments (or emotions) which should not be taken too seriously as “They too shall pass”.

Once upon a time, there was a king in a faraway kingdom who was tormented by one single problem: sudden and intense mood changes. He was at one time extremely happy, to become extremely sad the next minute and then extremely angry or head over heels in love or you name the emotion. He was governed by his them and had no control whatsoever over his life. He felt like a mad king and he found his ups and downs exhausting both for himself and for his people.

He was a good king at heart so he decided he needed a solution to his problem, which had become unbearable over time. He summoned the court’s wise men and asked them for a cure. The wise men got straight to work. They delved into ancient scriptures, they experimented with spells and potions but nothing worked. Nothing could alleviate the kings suffering. He was still at the mercy of his temperamental mood.

The news of the king searching for a cure reached every corner of his kingdom. He would offer a great reward to anyone who could help him find peace of mind.

A few weeks later, a poor, old man arrived at the palace and asked to see the king. The guards did not want to let him in at first, looking the way he did, but when he told them he had the cure, he was immediately lead to the king.

Looking at the poor old man with his ragged clothes, the king was sceptical “Even the wisest men of the palace have not been able to find a cure. What can you offer me, old man?”

The old man humbly approached the king, kneeled before him and put his hand forward. In his hand was a ring.

“Is this a magic ring?” The king asked. “How can it save me from the living nightmare of my uncontrollable emotions?”

The old man calmly said “Look at the inside of the ring, my lord. Read the engraving.”

The engraving read “THIS TOO SHALL PASS!”

I do not understand,” said the king. ”How can this ring help me control my emotions?”

The old man humbly replied “My king, you will wear the ring at all times and when you feel overwhelmed by your emotions, you will just take it off, read the engraving on the inside and calm down with the knowledge that emotions are fleeting, they do not last forever. One gives way to another. Whatever you are experiencing shall pass”.

The king, amazed at the simplicity of the cure, put on the ring right away and rewarded the old man.

He used the ring wisely and was able to control his reaction to his emotions.

Years later, disaster struck. The army of a neighboring kingdom invaded the country and catching the palaces sentries off guard, managed to enter the palace.

The king, frantic with fear, barely managed to flee the palace as the enemy barged into his chambers. He ran to the woods for refuge. To his horror, he realized he was followed by enemy horsemen. Ran as he might, he could hear more and more clearly the galloping of the horses that pursued him when he reached the edge of a cliff. His heart was beating like crazy. He could feel cold sweat running down his temples. He went weak in the knees thinking, “This is the end. All I can do now is wait for them to kill me.”

But something deep inside him told him to take off his ring. In a moment of clarity, he looked inside and read, “This too shall pass!”

He breathed deeply and looked around. He glimpsed a hollow tree and hid in the trunk. The horsemen rode right by him without spotting him.

Indeed, that too had passed…

Feel free to contact me for a 20-minute complimentary session by clicking here scrolling down and filling out the form.

or email me at:

Photo by Mathew Schwartz on Unsplash