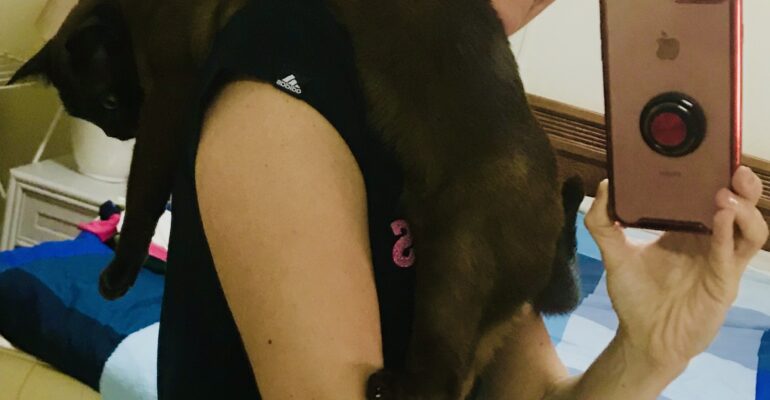 Almost a year ago I wrote an article on anger and how we could harness it to our benefit. Little did I know at the time that harnessing or transforming our anger isn’t enough.

It took a whole year and a broken arm to help me realize that our anger is trying to tell us something and we cannot just ignore it by transforming its energy.

Let me take it from the beginning.

Anger had never been an issue for me. I was never angry. Or so I thought. I was too kind, forgiving, spiritual etc to get angry.

In 2016, during an Enneagram training, a type 8, a challenger, told me, a type 2, a helper, that I had to sit on my anger. I was shocked. “How dares she?”, I thought. She of all people. How could she tell me to sit on my anger? “It must be a projection” I thought to myself. “She is seeing in me what she has in herself”. I could not have been more wrong…

I was too proud to admit even to myself that I too could get angry so much so that I was angry most of the time. Nevertheless, the universe set me straight. Life put me through a series of events that helped me see the anger that I had been diligently hiding from myself. I could feel it burning through my heart and making my blood race to my head. I could feel the heat, the desire to exteriorize it by destructive actions. It was then when I was inspired to write the article on anger. “I can’t let it be destructive!”, I said to myself. “I can transform it. I can make something good out of it”.

And it worked. For a whole year I would do sports like crazy. All my frustrations, which I by then allowed myself to feel, were evacuated through physical exercise. My tennis instructor used to say, “Why do you play so hard? There are times to play hard and times to play soft”. I only answered his question in my head. “If I don’t hit the ball hard, I might do something destructive. I might hurt someone or myself. Hitting the ball hard is doesn’t harm anybody.”

I thought I had found the antidote to anger so I wrote the article on how we can harness it.

I never stopped to ask myself what the root of my anger was; why I was really angry. I never took the time to sit on it, look it in the eye and confront it. I was too scared to look at it. Looking at it would mean seeing it. Seeing would mean having to take action. Taking action would mean change. Change would mean the unknown. The unknown is scary to the ego. The ego would rather not see…

The universe had other plans though…

Three weeks ago, anger hit again and it hit hard. It was uncontrollable. I immediately headed to the tennis court and started playing like a maniac. I was beside myself with rage. I couldn’t see clearly. I fell. I broke my arm. I got even angrier. This time around, I could not get rid of my anger. Physical exercise was and still is out of the question. I had to sit on my anger…

I am happy to say that as I grow older I keep learning. I don’t hold on to past beliefs without questioning them, especially when evidence shows otherwise. When asked about something I always say “This is what I believe today. I don’t know if I will believe it tomorrow”. A year ago I believed we had to transform our anger. Today I believe that we have to sit on it, look it in the eye and see what it has to say.

In conclusion, when it comes to anger, there are two things you should do. Transform it so that it’s not destructive but at the same time listen to whatever it is trying to tell you. Don’t ever ignore it! If you do, you will suffer the consequences and you will never break its vicious circle.