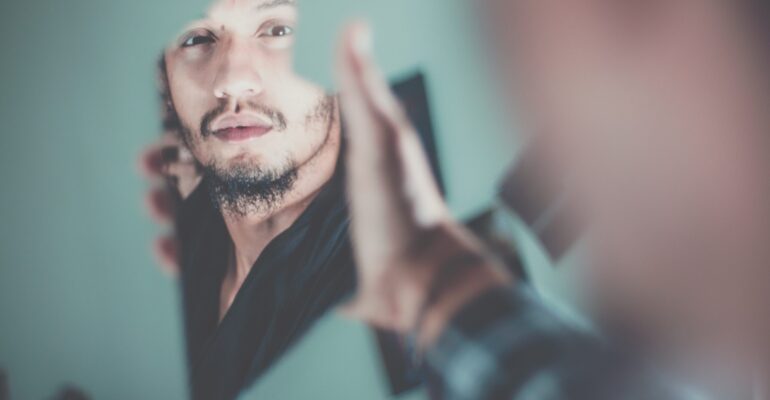 How does one overcome the worry or even worse stress about what other people will say about them?

I spent the biggest part of my life worrying what people would think about me and wasting a lot of energy trying to be liked. This was until I realized that what people will think about you, solely depends on what kind of people they are and not at all on who you are. People have a tendency to project on others either what they themselves are or what will make them feel better about themselves. Most people will form an opinion about you (just or unjust) and, whatever you do, they will use or twist whatever you do or say so as to reinforce that opinion. What is important is to find worth within yourself and not seek it elsewhere. Once you do that, what others think of you, won’t matter. The following story explains why: do not doubt your worth.

How does one overcome the worry or even worse the stress about what other people will say about them?

Why is it so hard to be true to ourselves and to pursue our dreams? Why does people’s disapproval feel like rejection? What do we think will happen to us if people disapprove?

Here’s (part) of my story and how I overcame the fear of what people will say.

I grew up in an abusive environment. Although I was never physically abused, I witnessed it and was subjected to emotional, mental, psychological and moral abuse.

When there were shouts, fights and swearing (something that happened quite often), we would hear doors and windows close and a voice saying “Keep it down! The neighbors might hear!”. The next day we would all go out, to school or elsewhere, well-groomed and respectable as if nothing had happened. All of my friends were jealous of my family, especially of my father, and they all said that they wished their dad was like mine.

I never knew how to respond to that. Telling them what went on in our household was out of the question because I had learned that the neighbors should never know. So, I just stood there, doubting my own experiences, doubting my own feelings.

“If everyone says that my parents are very good, they must be. Maybe what’s going on is normal. Maybe I’m making more of it that it actually is. But why does it hurt so bad inside? Why am I always so scared? Why do I feel that there’s something wrong and that I don’t belong”?

It got even worse when my parents finally got a divorce as I wasn’t allowed to talk about it either. “What will people say if they find out I’m divorcee?” my mother said. “It will be a blow to my social image. What will my colleagues say? As for you, you know what people say about children who come from “broken homes”; that they are bad news and that they will amount to nothing. NO ONE MUST KNOW!”.

So, we kept up appearances for years. My father would always be there for parties or birthdays that my mother organized, pretending that we were still a family. We had to smile and see them exchange pleasantries as if nothing had changed. For the rest of the time though, when my few friends asked me where my dad was, I had to make excuses. I had to make up a new lie every time. This is what my mother had asked me to do to protect her, my brother and myself. This is what I had to do to be a good daughter.

It got to the point that, in adolescence, I didn’t have any friends. I only had sports buddies being the tomboy that I was. That was safe. Excelling at sports gave me a sense of self-worth too. The point of the matter is, that I could not feel close to anyone. Relationships are created and cultivated through sharing. Sharing of thoughts, secrets, experiences. I wasn’t allowed to share though… That’s the reason why, I became a loner. I excelled at sports and academic performance but was always a recluse so as to “protect” my family.

My childhood accounts for the fact that the question “What will people say?” always sounded menacing and instilled deep fear in me. “People can never know! I have to make sure that they only say good things about me and my family. I have to fit the mold!”

So, I “mutilated” myself and “chopped off” all the parts of me that “stuck out” fearing what people would say if they knew the truth, if they knew my truth.

As a grown-up, I never stopped to think what would actually happen if people did know. I was stuck in that period of my life when I was a helpless child, needing to comply to the “directives” to ensure my survival.

Learning how to be authentic

It took a lot of rough patches, hard work and healing on my part before I realized that what people will think about me, solely depends on what kind of people they are and not at all on what kind of person I am.

Most people will form an opinion about you (just or unjust) from the get-go and, no matter what you do or say, they will use it so as to reinforce that opinion. Well-intentioned people will always give you the benefit of the doubt, will ask you for clarifications or try to look at things from all perspectives. Ill-intentioned people will even twist the facts so that they corroborate what they initially thought of you.

I wish I had known all that back then, when I was a child. If I had spoken out, maybe a neighbor or a friend’s parent could have taken some action. Maybe the nightmare would have ended sooner. Who knows what might have happened?

The power to be ME

I don’t blame myself for not speaking out as a child. Children are never responsible for what happens to them. I am just grateful that I am where I am now and that I have forgiven the people involved in what I had to go through. It’s thanks to my past that I am who I am now. It’s thanks to my past that I am now able to accompany other people trying to discover their own worth, acknowledge and speak out their truth and live fulfilling lives.

That’s the reason why I’m sharing my story. To encourage other people to do the same. By speaking out, we send a message to others like us. We let them know that they are not alone. We encourage them to speak out as well and seek help.

* the word “people” can also be substituted by: my mother/father/ spouse/ children /family/relatives etc.

Photo by Ben White on Unsplash

My October visit in Gabon – My spiritual birthplace (written in 2018)